Flask vs. Django in 2020: Choosing the Right Python Framework 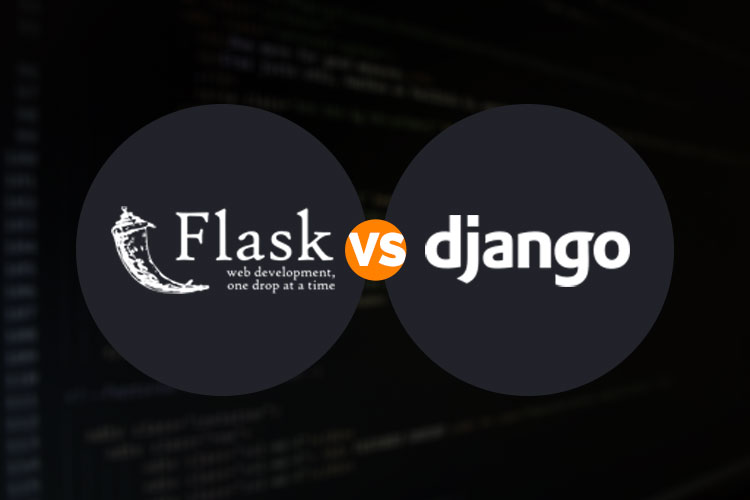 Python, an open source programming language has witnessed explosive growth among developers and enterprises in recent times. According to a StackOverflow survey carried out in 2019, Python has edged out Java and risen to the ranks of second most loved programming language. In fact, this open source language has managed to evolve over the years to rank as the most popular coding language in the world. Having carefully examined all the project-related factors, you might have decided to choose Python as your backend tech stack. However, as we mentioned above, this coding language provides a multitude of frameworks to choose from.

A web framework can be defined as an abstraction tool that will help developers code faster and easier. Alleviating the overheads associated with web development, a web framework streamlines the development process, trims unnecessary costs and promotes code reuse. So now as you have decided to choose Python development services, the major dilemma you are facing is: Django or Flask? If you are keeping your pulse on the tech development trends, then you should know that both the Python frameworks – Django and Flask stand out from the crowd.

The answer to choosing the right tech stack for your projects always directs to your needs. Depending on your web development requirements, expectations and budget constraints, you need to make an informed decision. In this blog post, we will take a closer look at these web frameworks, discuss their key features and provide a brief comparison so that you will be able to make the right choice.

An open-source full-stack framework used for building complex web applications. Created in 2003 and released to the public in 2005, Django web framework is described as the “web framework for perfectionists with deadlines” in the official Python website. The framework has a robust ORM system to carry out common database operations thus saving developers from writing lengthy SQL queries. Django follows the MVC architectural pattern and features a ready-to-use admin framework, which makes it really easy to craft an administration site. Promoting clean and pragmatic designs, this Python framework is often acclaimed for its ease of use and anti-redundancy approach.

A lightweight, simple and extensive Python web framework founded in 2010. This non-full stack web development framework doesn’t have any database layer or ORM. However, it supports NOSQL and runs its database operations through SQLAlchemy. Flask, often referred to as microframework is based on Werkzeug, a utility library, and Jinja 2, a Python web template engine. Python web framework does not have any batteries included, which means developers need to write their own code right from the scratch. And instead of stacking all your code into a single place, Flask helps developers in organizing their code structure by logic, design and database.

Django vs. Flask – A Comparison

Django is a full-stack framework that gives the developers everything they need to build web applications thus saving time and efforts. Moreover, it comes with many different plug and play applications in order to accelerate development or customize the web application. Stable and proven in large-scale production environments supported by a rich ecosystem of supporting libraries, tutorials and documentation is another major benefit of Django. On the other hand, Django is a lightweight framework used to build simple, small-scale web applications. Since it doesn’t come bundled with any extra features, it is pretty easy to customize the applications. Lightweight and flexible architecture of Flask helps in delivering better performance. At the same time, both the Python frameworks have their own share of downsides. Django can be overkill for smaller projects and it has a monolithic structure which may be overwhelming. Flask follows few conventions, thus increasing the chances of writing bad code. Moreover, its microstructure makes it less powerful and not easy to scale.

Now you have gone through the overview and comparison, have you made a choice? If you are looking for simplicity and flexibility, then Flask might be a good choice. If, however, you are talking about a complex web application with customized functionalities and features, then Django might be a better fit. Whatever may be your choice, make sure you have a detailed understanding of your project requirements and hire the top Python web development company to avail the best services.