Blog   »   Flutter vs Xamarin – Which is best for Cross-Platform Mobile App Development?

Flutter vs Xamarin – Which is best for Cross-Platform Mobile App Development? 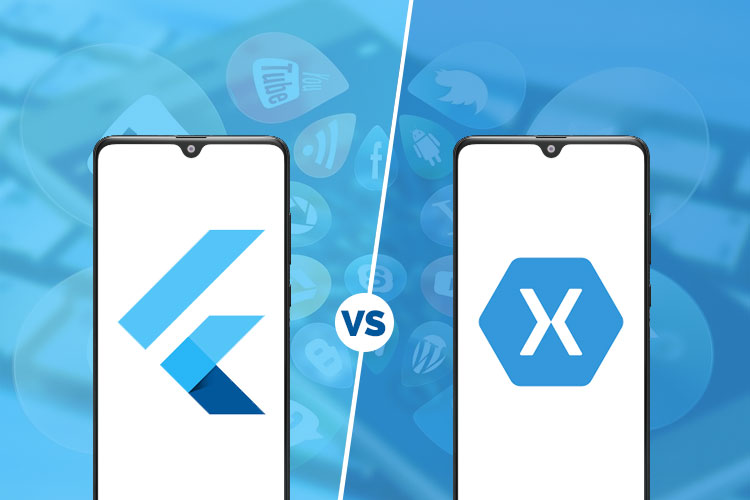 Xamarin, one of the veterans among the cross-platform development tools, was created by the developers who made Mono. Later, MonoTouch and Mono for Android became the foundation for Xamarin.iOS and Xamarin.Android. In 2016, Microsoft acquired the Xamarin Company, integrated the development toolset into .NET platform and made the framework open-source.

Flutter, one of the newest yet promising cross-platform development tools is backed by Google. Released in 2017, this relatively young framework uses Google’s Dart programming language and light C++ engine. Both the technologies, Xamarin and Flutter provide a single codebase while developing mobile applications.

Xamarin, a part of the Microsoft .NET platform uses C# programming language. Being one of the most popular programming languages in the world, C# is convenient and widely used by developers. In fact, the incredible package of C#, .NET and Visual Studio IDE provided by Xamarin makes it a perfect choice for mobile developers. Moreover, Xamarin also allows developers to create highly unique native apps using XAML in Xamarin.Forms. Portability, metaprogramming, functional programming and up to 96% code reusability in Xamarin.Forms make Xamarin development a highly sought after choice.

Flutter uses Dart programming language created by Google along with a rendering engine built in C++. This programming language is rarely used by developers, but it shares some similarities with Object-Oriented Programming (OOP) languages such as Java, JavaScript or C++. Developers who are proficient in OOP languages can master Dart in no time, as the Dart documentation is easily accessible and well-structured.

Xamarin uses C# along with .NET framework in a Visual Studio IDE so that developers can reuse the source code without switching the development environment and have access to testing tools, distribution, and analytics. Even though Xamarin is an open-source tool, developers need to buy a license for using Microsoft Visual Studio IDE.

Flutter doesn’t have any specific IDEs thus providing the developers with a great opportunity to choose between different development environments. Mobile app developers may go for Android Studio/IntelliJ or Visual Studio (VS) code with Mac/Windows as their operating systems.

Xamarin provides complete access to native API libraries and platform-specific features. Xamarin.Essentials is a new library introduced by Xamarin that would allow developers to abstract native API features into a set of cross-platform APIs. This cross-platform framework even provides C# bindings to native Android and iOS APIs thus facilitating the power to leverage all of Android and iOS’ native features and functionalities.

Flutter allows limited access to native libraries and platform-specific APIs. Developers may either utilize pre-made Dart packages to access native services and APIs or create integration bridges. Developers can create PlatformChannels to create a bridge to native platforms and these bridges will be used to send messages and receive responses from native hosts – iOS or Android APIs.

Xamarin with its well-developed UI components can be used to create simple and appealing user experiences. However, Xamarin development only allows the sharing of logic code. That means developers have to develop UI code for each native platform separately using Xamarin.iOS and Xamarin.Android. Xamarin framework is ideal for mobile applications with simple navigations and minimal design layouts. For mobile applications with heavy graphics and complex animations, tons of UI customization will be required.

Flutter provides a number of widgets of UI design for Android and iOS platforms. Skia Graphics library available with this framework helps in customizing the existing widgets and creating unique designs. This would also allow creating and sharing intricate graphics and animations across all platforms with minimal hassle.

As of now, Xamarin can be considered as a more stable and well-developed framework. And it makes sense to consider Xamarin for building complex and long-term enterprise applications. At the same time, Flutter holds immense potential and is likely to gain more following in the near future. As always, the final choice of selecting a cross-platform framework will depend on your project requirements and budget constraints.