Blog   »   What is the technology behind Signal?

What is the technology behind Signal? 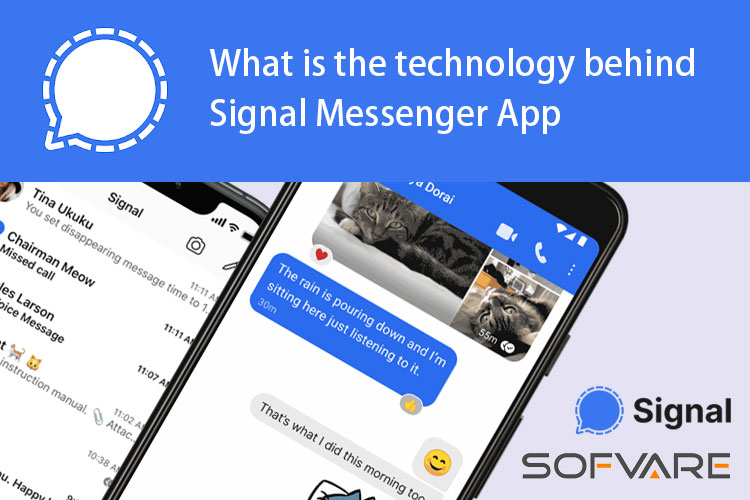 Encrypted messaging app Signal is witnessing tremendous growth as it has now been ruling at position 1 on the “Top Free Apps” section of Apple and Google’s App Store (in 40 countries). On the other hand, WhatsApp is seeing a decline following a major update concerning the privacy of more than 2 billion users. Owing to this, WhatsApp (by Facebook) was forced to release clarifications regarding what information will be used and in what sense.

Signal is an independent nonprofit. They are not tied to any major tech giants and will never be acquired by the other. All the development is possible by grants and donations made by people like you.

In 2017, Brian Acton, co-founder of WhatsApp, left WhatsApp. Brian in an interview with Forbes stated he left over a dispute with Facebook regarding the monetization of WhatsApp. He voluntarily left $850 million in unvested options a few months before vesting was completed. He also noted that he was coached by Facebook executives to mislead European regulators regarding Facebook’s intention to merge Facebook and WhatsApp user data.
In 2018, Acton invested $50 million in Signal Foundation, a cheque to keep the games on. Signal from then on relies on grants and donations.

“If Signal gets to a billion users, that’s a billion donors. All we have to do is get you so excited about Signal that you want to give us a dollar or 50 rupees. The idea is that we want to earn that donation. The only way to earn that donation is building an innovative and delightful product. That’s a better relationship in my opinion” -Brian Acton

After the buzz of the recent WhatsApp updates, Elon Musk tweeted and told his followers to use Signal.

Signal instantly saw a surge in the user base.
The irony is a stock named Signal Advanced that is absolutely unrelated to the project sees a spike of 1100%. (Source: CNBC)

Providing the best alternative to any instant messaging providing end-to-end encryption, Signal in less than 12 hours became talk-of-the-town (globe to be precise).

As per several tech channels, the application has gained over 65 million new users in less than a week. The proof of this can be seen in Playstore stats (released by Signal on Twitter).

Signal is an open-source project, the users can get direct access to its code via GitHub, which means its privacy and security can be regularly checked by independent experts.
Signal’s USP is its focus on privacy. The encrypted app allows users to send messages and make calls via the internet. It supports group chats and video calls too.

The company recently hosted Ask me Anything (AMA) on reddit in order to answer any questions regarding their business standards, gain feedback from old and new users, and interact with the users.

Owing to significant growth and answering several questions, the organization with less than 50 members was on foot for hours.

“The growth is just amazing, it’s been so fast in the last 72 hours that not too many of us have gotten very much sleep. That’s a good problem.” -Brian Acton

Signal is currently hiring for 5 positions if you are an Android Developer, Desktop Developer, Rust Developer, iOS Developer, Server Developer, read about the role here and hit them up!

Have you migrated to Signal? What concerns you for this move? Do let us know in the comments!